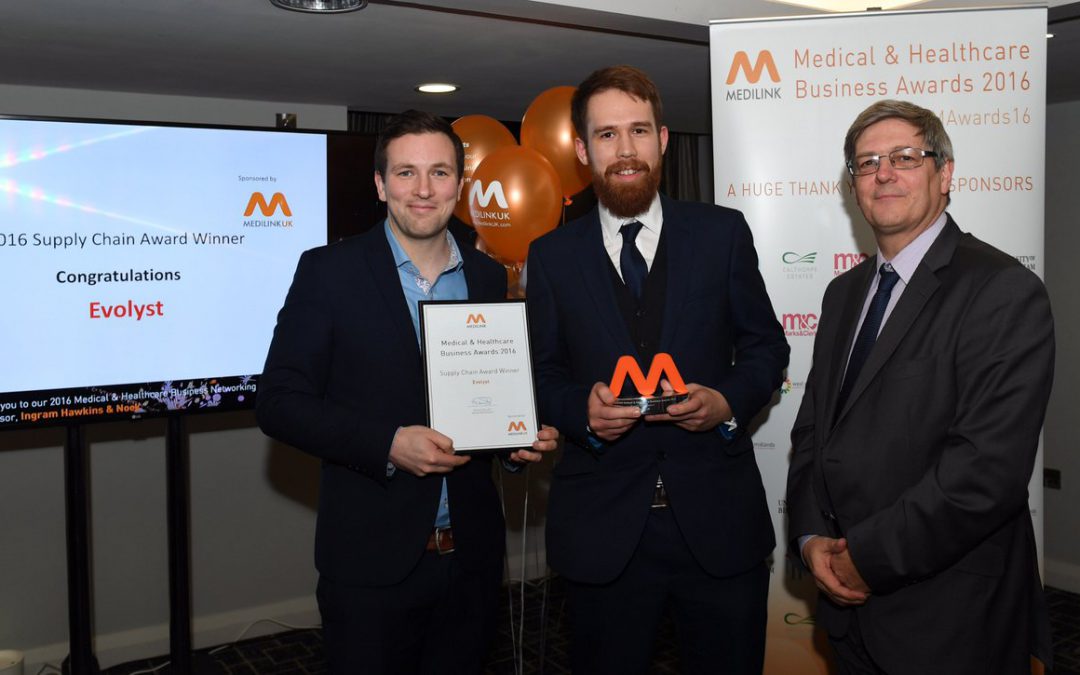 Evolyst win the Supply Chain award at the 2016 Medilink Awards.

Back in January 2016, we had been nominated for the Start Up category at the 2015 Medilink Awards. At that point, Evolyst had developed from a business idea back in 2012 to a fully operational ehealth software development company at the very heart of innovation, based at Warwick Technology Park.

For the 2016 edition of the Medilink awards, we were nominated for the Supply Chain category for our work on the SlowMo app; and we aimed to go one better than the previous year.

The Park Regis Hotel was the venue for the awards evening, and the event was used to recognise both already established and up and coming Digital Healthcare technology companies.

Coming up against some tough competition in Marks&Clerks and Datalink Electronics, we were honoured to even make the shortlist; but to come out on top and win our category was a testament to just how much we have grown as a company.

We came out with a Medilink trophy and the prestigious title of Supply Chain Award winners! 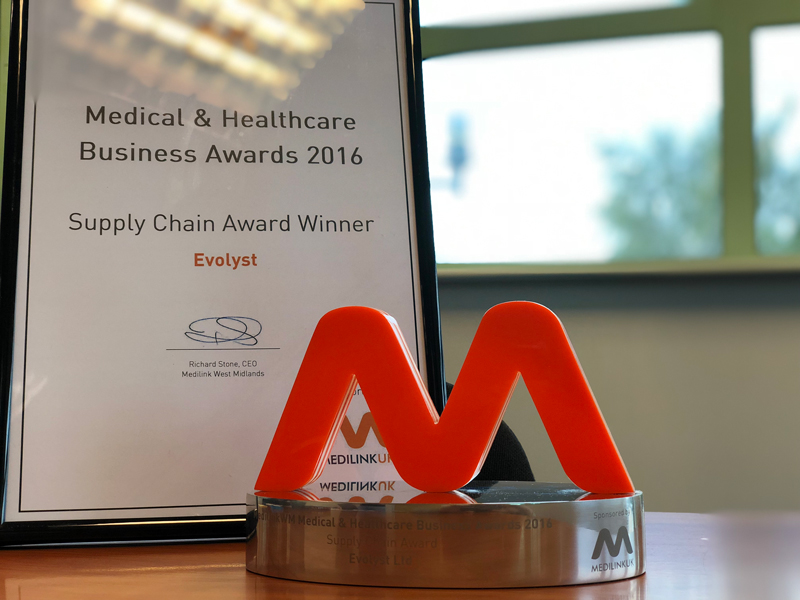 ‘Evolyst, in developing our mental health app SlowMo, have had a huge impact on our organisation. Their user-centred approach has been very complimentary and easy to integrate with the demands and needs of a clinical academic organisation such as ourselves.

The flexibility of their approach has been extremely helpful in allowing us to iterate in response to user feedback and work within the constraints of our research grant funding.’

Partnership with the NHS Award (sponsored by WMAHSN)